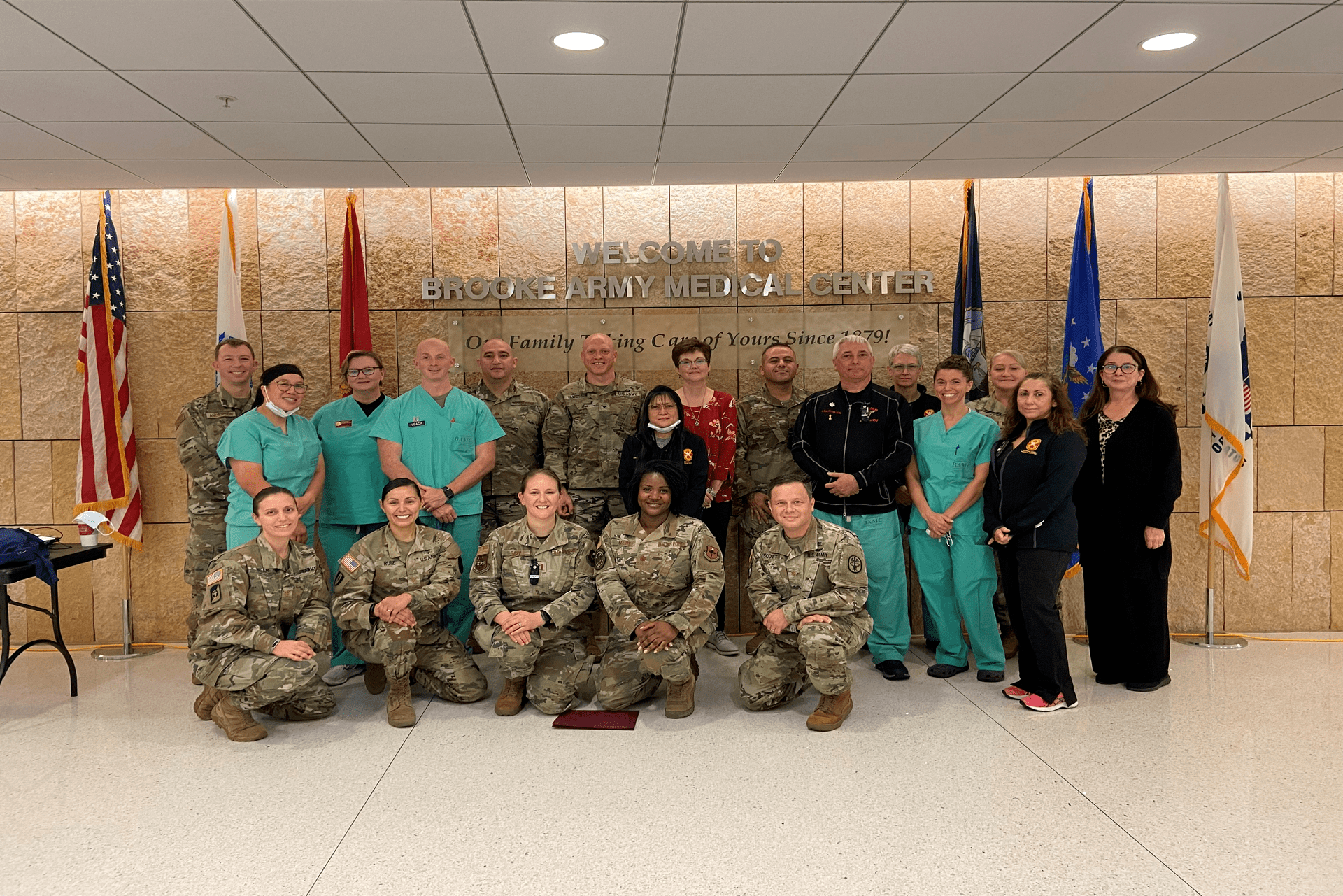 Not only were we lucky enough to interview one Army nurse for The Nursing Beat’s inaugural Veterans Day newsletter, but we were able to interview two!

It was our absolute honor to interview Colonel Christopher VanFosson. Col. VanFosson is an active duty US Army nurse who has been in the military for 22 years. He earned his BSN from the University of Iowa, his MSN/HHA from The University of Phoenix, and his Ph.D. from The University of Texas at Austin. He is currently stationed at Joint Base San Antonio, Fort Sam Houston, Texas, at the Brooke Army Medical Center.

The Nursing Beat (TNB): Thank you for meeting with us today, Colonel VanFosson! Can you tell us your nursing specialty in and out of the military if it’s different?

Colonel Christopher VanFosson (C, CVF): I have two primary roles in the Army. My primary area of concentration (specialty) is critical care nursing. Since earning my doctoral degree, I am also considered a nurse scientist.

TNB: What is your current role at Brooke Army Medical Center?

C, CVF: My current role is the supervisor for Brooke Army Medical Center’s Center for Nursing Science and Clinical Inquiry. This is a team of nurses who are passionate about improving patient care through research and evidence-based practice. This team is highly educated, professional, and passionate about providing the best care possible to all those entrusted to our care. I couldn’t be more proud to work with them!

TNB: How many times have you had to relocate while being in the military?

TNB: What inspired you to pursue a nursing career in the military?

C, CVF: Nursing was not my calling early on. It was a means to an end. I had not intended to get a degree and just work as a paramedic after high school. My teachers and mentors encouraged me to pursue a degree, but I had no real idea what I wanted as a major. In order to pay for school, I decided to apply for an Army ROTC scholarship. As part of the scholarship application, you have to choose a major. The closest when considering all of the available majors at the University of Iowa, the nursing degree was the closest I saw to being a paramedic. So I put that on the ROTC scholarship application, and the rest is history.

TNB: What is the best part of being a military nurse?

C, CVF: First and foremost, it’s our patient population. It’s really humbling and satisfying to provide care to individuals and families who dedicate their lives to serving in the name of the Constitution of the United States. Professionally, the Army provides enumerable opportunities for nurses to learn and develop as clinicians and leaders.

TNB: What is the hardest part of being a military nurse?

C, CVF: Army nursing is not a 40-hour-a-week job. Taxpayers pay us a pretty decent salary, but with that comes the expectation that we are on call all of the time. So, we may work more than 40 hours a week to accomplish our mission without getting paid overtime like our civilian colleagues.

TNB: What do you think are some common misconceptions about military nursing?

C, CVF: Many think that Army nurses work in tents (like M*A*S*H) all the time. But that’s absolutely not true, at least not until you are deployed to a combat zone. When not deployed to a combat zone, we work in brick-and-mortar hospitals like every other hospital-based nurse. Many of those hospitals are similar to university hospitals, although not quite as big. They have graduate medical education and other training programs ongoing to train our healthcare teams for potential deployments.

TNB: Looking back over your military nursing career, what has been your proudest moment?

C, CVF: My proudest professional moment actually comes annually. Each year, on the anniversary of her son’s injury, I get a thank you message from a mother. I was on the forward surgical team that treated her son after he sustained a life-threatening injury. Somehow, she found out which team cared for him, and she sends messages to many of the team members each year. It’s a great reminder of the impact we have on the lives of so many people around the world.

TNB: Tell me about a mistake you made as a new grad nurse that you hope others can avoid by learning from you.

C, CVF: Early, early on, I was a little overconfident in my clinical knowledge, skills, and abilities. That led to me kind of ‘going through the motions’ clinically. So, I didn’t spend the time studying and learning from each new patient. As a result, I started to notice my peers passing me by. After a bit of self-reflection, I started to actively engage with every patient care situation, every patient condition, and every medication. It’s a good thing, too. It wasn’t long after this that the planes hit the buildings in New York City and the Pentagon on 9/11, and it was clear to all of us that we were going to be called upon to do our job in other parts of the world.

C, CVF: I think military nurses tend to be pretty adaptable to many different situations. We have to be. In deployed environments, it is not unusual to be without some important supply or piece of equipment, and we have to figure out how to provide the necessary care without them. Personally, because I’ve seen some pretty sick patients in my career and had a variety of non-clinical experiences, there aren’t too many things that really scare me or cause me to panic. So, in my leadership roles now, I try to be someone who helps others remain calm.

‍TNB: Who has been your biggest nursing mentor, either in or out of the military, or both, and why?

C, CVF: I’ve had a great number of coaches along the way who’ve helped me be who I am today. Every one of my peers, co-workers, and superiors provided some level of coaching that caused me to adjust my way of nursing just a little. But, two retired Army nurse scientists, Linda Yoder and Elizabeth Mann-Salinas were probably the most influential in my career. Both helped me understand the role of the nurse scientists in the Army, taught me how to write scientifically, and showed me that nurse scientists do not have to be pigeonholed into a narrow career field. I hear them in my ear almost daily.

‍TNB: How do, or did, you “detox” from hard or difficult shifts while deployed?

C, CVF: I’ve deployed twice, each for about a year at a time. During my time away from the bedside, I did everything I could to forget about work. In my first deployment, this included sleeping a lot (it was really hot in the deserts of Iraq, which made me really tired), reading books, and playing card games. In my second deployment, DVDs and digital movies were available, so I spent quite a bit of time watching movies. I just tried to turn off my brain as much as I could.

TNB: What are some things that you would never deploy without?

C, CVF: I always carry a multi-tool of some kind. You never know when you’ll need pliers, a knife, or a screwdriver. Of course, a stethoscope is really important, even if you don’t have other supplies/equipment. And a finger-placed pulse oximetry device: the two values, heart rate and oxygen saturation, can tell you a great deal about your patient.

TNB: Tell us about a memorable holiday shift during a deployment.

C, CVF: While deployed to Afghanistan, one-half of my forward surgical team was located on Camp Pannonia, the geographic home to the Hungarian-led provincial reconstruction team. On our Independence Day, the Hungarians worked really hard to give us a chance to celebrate. They made us pizza (well, something that resembled pizza), hot dogs (again, something that resembled hot dogs), and hamburgers. They decorated the dining facility with red, white, and blue decorations. They even had a few small fireworks for us! It was great. I was really touched that our international partner would recognize a holiday that did not have anything to do with their country.

TNB: In general, what do you think the nursing profession desperately needs for the future?

C, CVF: Educators! There is a tremendous shortage of nurses across the nation, but there doesn’t seem to be a shortage of people wanting to become a nurse. Even after the pandemic, nursing schools seem to be turning away applicants because they don’t have enough faculty to train all of the applicants for their programs.

TNB: What advice would you give nurses wanting to pursue or considering a military nursing career?

C, CVF: Talk to a healthcare recruiter, and when you do, ask to talk with an actual military nurse. The military recruiters do their job pretty darn well, but unless they are a nurse, they cannot tell you what it is like to be a nurse in the military. They can walk you through the application process, but they are not nursing subject matter experts. Talk with one of us, and we’ll tell you everything you want to know.

From all of us here at The Nursing Beat, we thank Colonel Christopher VanFosson for his time and especially his service! 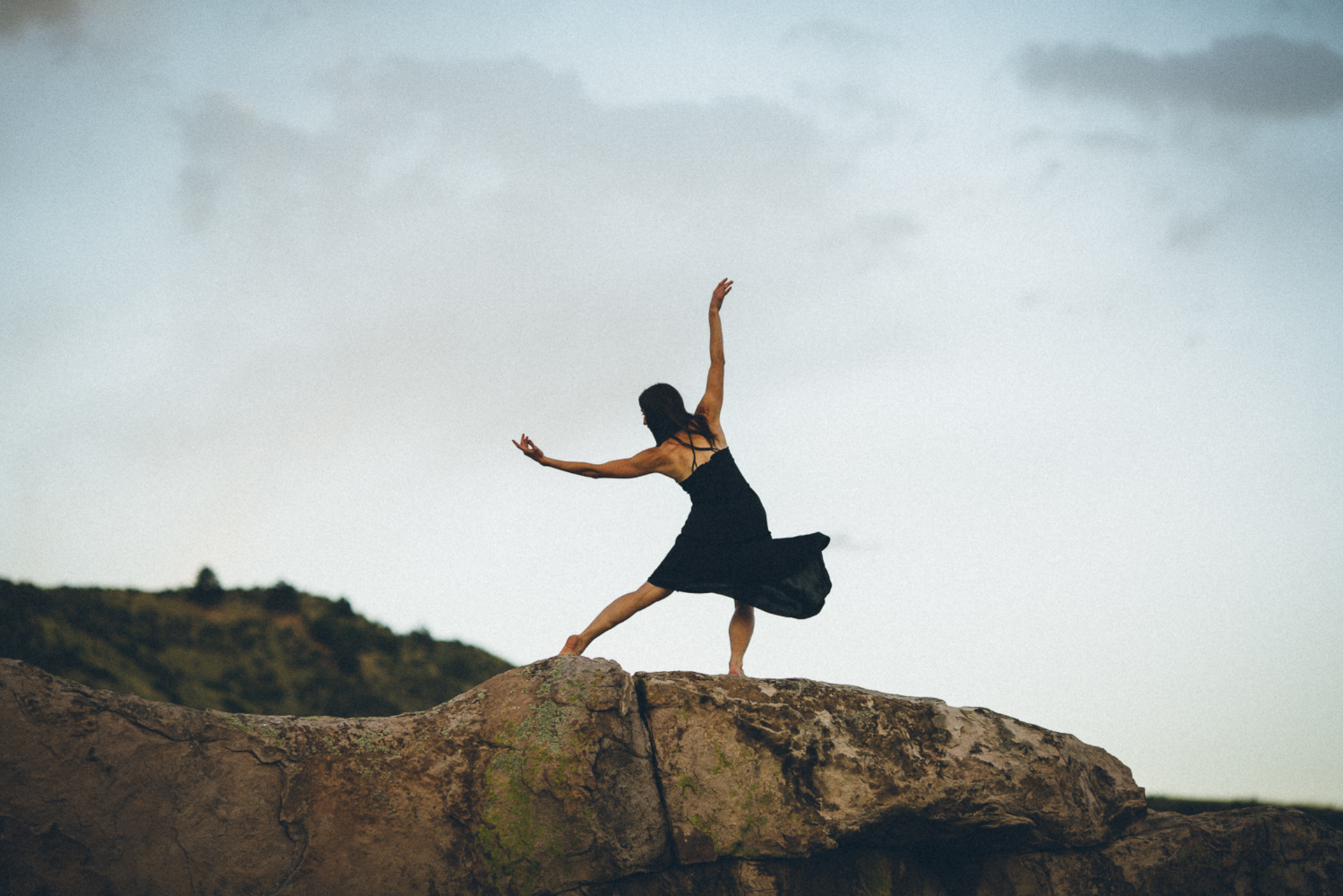 Singing in the Suffering 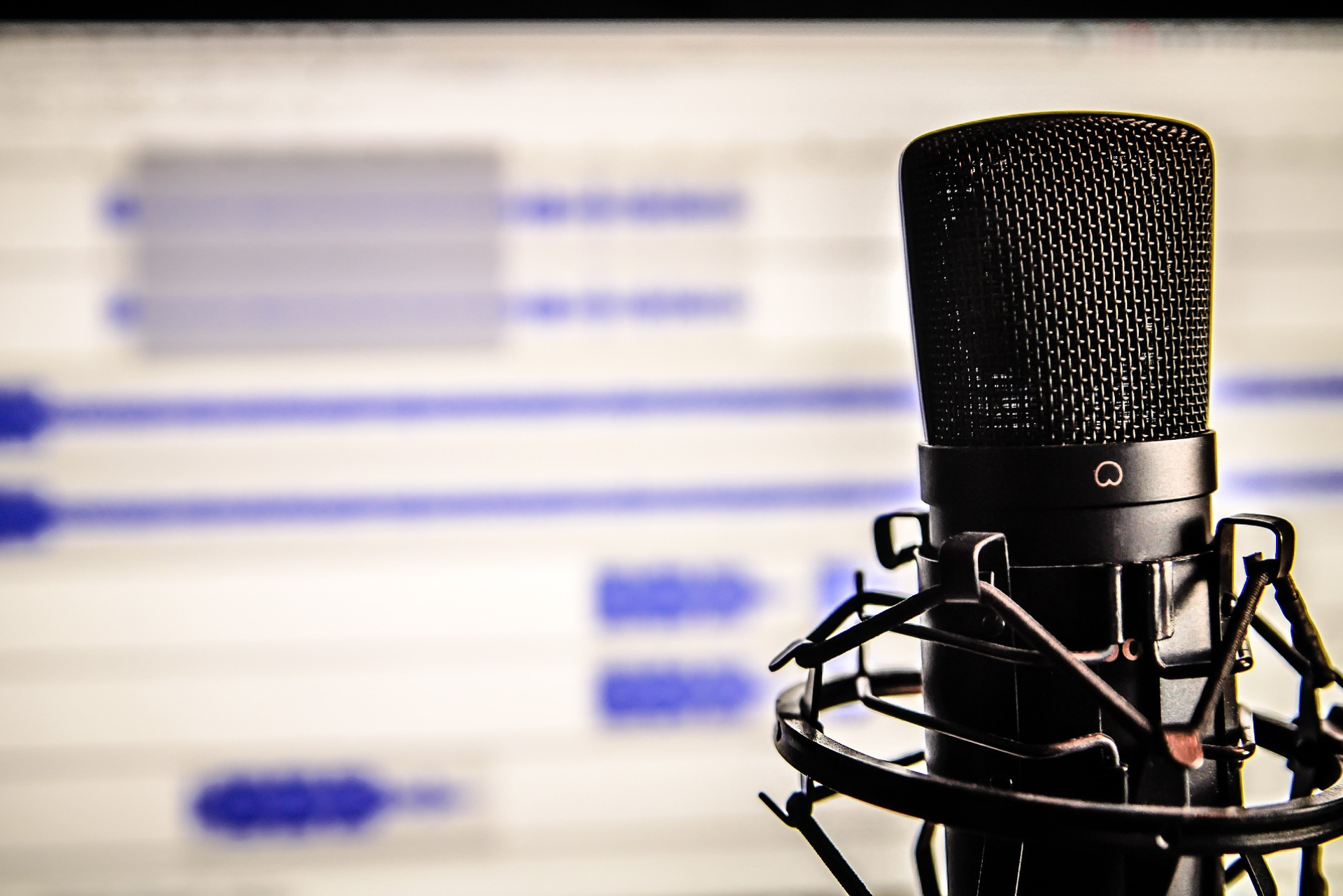 6 Podcasts for Nurses and PAs That Are Relaxing AND Educational 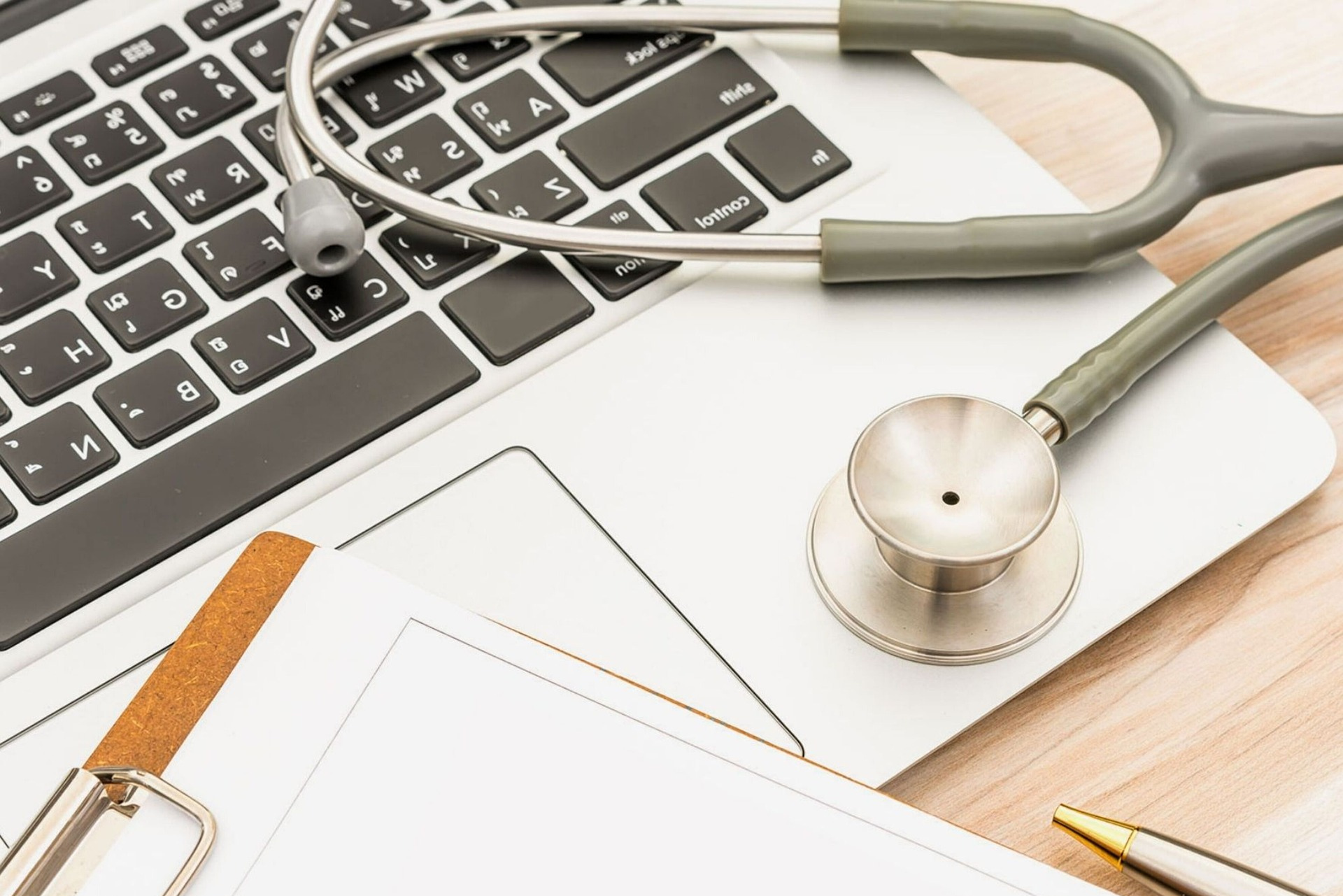 6 Common Professional Terms That Hold NPs and PAs Back 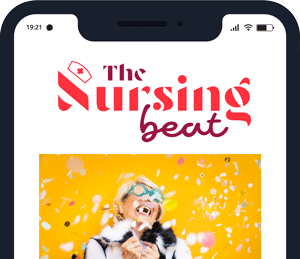 Healthcare starts with you. This is your beat.
© 2022 The Nursing Beat. All right reserved.
Privacy PolicyTerms of ServiceEditorial Policy